This article was originally published by Mass Private I at Activist Post. 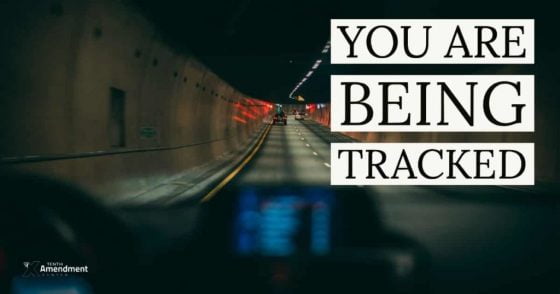 Our worst fears about Automated License Plate Recognition (ALPR) are much worse than we could have imagined.

Two months ago, I warned everyone that police in Arizona were using ALPRs to “grid” entire neighborhoods. But this story brings public surveillance to a whole new level.

Any state or local law enforcement agency participating in the RPSN will be able to access real-time data from any part of the network at no cost. The Company is initially launching the network by aggregating vehicle data from customers in over 30 states. With thousands of automatic license plate reading cameras currently in service that capture approximately 150 million plate reads per month, the network is expected to be live by the first quarter of 2020.

And the scary thing about it is; it is free.

“We don’t think our participants should be charged for accessing information from a network they contribute to, especially when it provides information that has proven its value in solving crimes and closing cases quickly,” said Robert A. Berman, President and CEO, Rekor.

Want to encourage law enforcement to spy on everyone? Give them free access to a massive license plate database.

RPSN’s AI software uses machine learning to predict when and where a hotlisted person or a person of interest will be.

Rekor admits that police in thirty states are probably spying on more than 150 million license plates each month.

An article in Traffic Technology Today revealed that Rekor will go to great lengths to convince police departments to track millions of motorists.

In 2020, the RPSN will be fully compliant with the federal 2019 NDAA law, which bans the use of certain foreign manufactured cameras used in critical infrastructure.

Rekor’s 2019 NDAA sales pitch is both disturbing and despicable. It reveals just where they and law enforcement stand when it comes to using ALPRs to spy on millions of motorists.

Police use license plate readers to track motorists in real-time

An article in The Newspaper revealed how police in Louisiana use license plate readers to track motorists in real-time.

Eric J. Richard had been driving his white Buick LaCrosse on Interstate 10 when he was stopped by Louisiana State Police Trooper Luke Leger for allegedly following a truck too closely. During the roadside interrogation, the trooper asked where Richard was coming from.

“I was coming from my job right there in Vinton,” Richard replied. The trooper had already looked up the travel records for Richard’s car and already knew it had crossed into Louisiana from Texas earlier in the day. Based on this “apparent lie,” the trooper extended the traffic stop by asking more questions and calling in a drug dog.

The article goes on to say that police had no reason to track Mr. Richard, but they did so because they could. And that should frighten everyone.

Rekor lets law enforcement know where your friends and family are, where your doctor’s office is, where you worship and where you buy groceries.

How is that for Orwellian?

It is time to face the facts: ALPRs are not about public safety, they are a massive surveillance system designed to let Big Brother track our every movement.