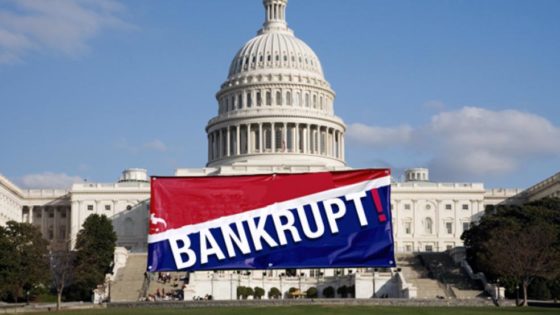 It doesn’t take a math whiz to know that the nation is headed toward a complete bankruptcy. But now, a new CBO (Congressional Budget Office) report released is ripping the mask off of the Republicans in Congress and showing us who they really are: Democrats.

After the last horrifying budget deal which saw trillion dollar deficits, Republicans can no longer be called the party of being fiscally conservative.  It appears that the Deep State will get their way regardless of who is in power, and there’s nothing the rest of us can do about it.

Last year the Congressional Budget Office warned that Uncle Sam was racing toward fiscal insolvency. Although the CBO expected the deficit to fall to “only” $487 billion this year, it would start growing again next year. By 2022 the flood of red ink would near $1 trillion. By 2027 it would reach $1.4 trillion. The cumulative deficit over the following decade would be more than $9.4 trillion and 4 percent of GDP, as outlays grew ever higher. Expenditures currently are about 21 percent of GDP, above the 50-year average of 20.3 percent. By 2027, CBO projected spending would hit 23.4 percent of GDP. –National Review

The corporate government is bankrupt, and it’s only getting worse in spite of Republican promises to “fix” it.  The CBO’s report on the federal government’s finances over the next decade is the stuff of nightmares.  And with Republicans holding all three branches of government, there’s little they can do to shake the truth: they are all the same.

As the agency politely put it, “projected deficits over the 2018-2027 period have increased markedly since June 2017.” The rise was almost entirely the result of the spending and tax bills approved last year: Uncle Sam will be spending a lot more while taking in a good bit less in the future. That is, the Republican-controlled executive and legislative branches went wild and abandoned even the pretense of fiscal responsibility. It wasn’t the first time, of course: In the early 2000s, President George W. Bush and the Republican Congress spent money faster than even Lyndon Johnson and his Democratic congressional majority. The latest round of GOP budget-busting provides a dramatic reminder that the spending problem in America is bipartisan. -National Review

The US continues to move rapidly down the path of insolvency.  And the numbers continue to look worse when peering down that path. According to the new CBO analysis, the deficit this year will exceed $800 billion, well above last year’s prediction. The deficit will be just shy of $1 trillion next year, continue to shoot upward to $1.3 trillion in 2027, and reach an astounding $1.5 trillion in 2028, higher than even during the financial crisis, which generated four years of trillion-plus-dollar deficits. Total red ink over the next decade will be around $12.4 trillion. As a percentage of GDP, the deficit will run 4.9 percent. In 2027 the total national debt held by the public will be $27 trillion and 94.5 percent of GDP, the highest it’s been since 1946 when the U.S. was paying down its World War II debt.

Future deficit gaps will be accelerated by “mandatory spending” on entitlements, such as social security. According to the CBO, the “increase reflects significant growth— mainly because the aging of the population and rising health care costs per beneficiary are projected to increase spending for Social Security and Medicare, among other programs. It also reflects significant growth in interest costs, which are projected to grow more quickly than any other major component of the budget.” The agency figures that interest payments will rise three times in total and two times as a percentage of GDP by 2028. Revenues also will increase significantly, but not as fast as outlays.

There is no real silver lining.  Spending will not decrease, not enough to keep the government from its eventual implosion and collapse under its own weight anyway.  The only thing we can do is to pay off as much debt as possible and prepare for an economic collapse of the government’s doing.

Prepping and survivalism can be a daunting task.  But if you’re interested in getting started, not only is now a great time to begin, but a book called The Prepper’s Blueprint written by Tess Pennington can be a helpful ally in giving you a launch point. 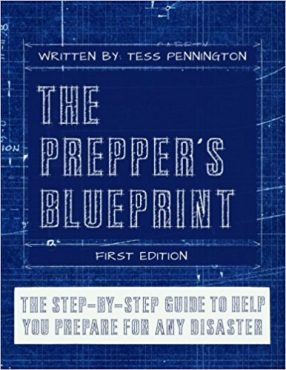