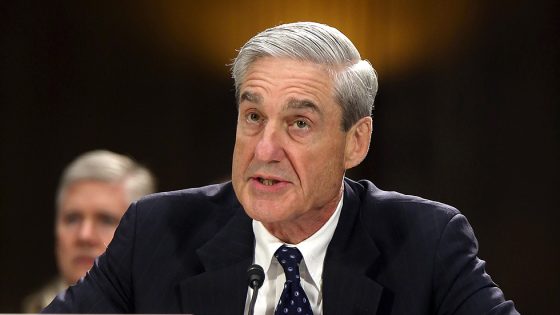 According to Rudy Giuliani, special counsel Robert Mueller’s team has informed President Donald Trump’s attorneys that they have come to the conclusion they cannot indict a sitting president, according to the President’s lawyer.

“All they get to do is write a report,” Trump lawyer Rudy Giuliani told CNN. “They can’t indict. At least they acknowledged that to us after some battling, they acknowledged that to us.” That conclusion is likely based on longstanding Justice Department guidelines, reported CNN. The mainstream media propaganda outlet wants everyone to know that this isn’t an indication that Mueller’s evidence-less investigation has failed to reach the conclusion CNN and other government propaganda outlets want.

In the absence of an indictment,  Mueller could issue a report making referrals or recommendations to the House of Representatives.  But that’s about it.  The special counsel’s conclusion that they cannot indict Donald Trump, much to the chagrin of the mainstream media, as the sitting president signals that it would be left to Congress to address any finding of wrongdoing by Trump in the investigation.

The inability to indict a sitting president has been the position of the Office of Legal Counsel in the Justice Department since the Nixon administration and reaffirmed in the Clinton administration, but it has never been tested in court.

Deputy Attorney General Rod Rosenstein publicly discussed the issue earlier this month at an event held by the Freedom Forum Institute. He was asked if a sitting president can be indicted, to which he responded with an unclear answer. “I’m not going to answer this in the context of any current matters, so you shouldn’t draw any inference about it,” Rosenstein said. “But the Department of Justice has in the past, when the issue arose, has opined that a sitting President cannot be indicted. There’s been a lot of speculation in the media about this, I just don’t have anything more to say about it.” Rosenstein oversees the special counsel probe.

“He [Mueller] didn’t seem to want to give the answer,” Giuliani said of Mueller’s inability to indict a sitting president. “It reminded me of that scene in ‘The Godfather,’ with Sonny and the Godfather, where he said, ‘Oh, you’re going to take care of us? We can take care of ourselves.’ One of his assistants broke in and said, ‘Well, of course, we’re bound by Justice Department policies.’ Mueller looked at him like, ‘Don’t interrupt me.’”

Giuliani said the issue was left as an “open question” during the meeting, but that a deputy to Mueller followed up a few days later in a phone call to clarify that the special counsel plans to follow the Justice Department guidelines. Most legal experts have assumed Mueller (as an order follower for the government) would follow the Justice Department’s guidelines that bar such a prosecution.