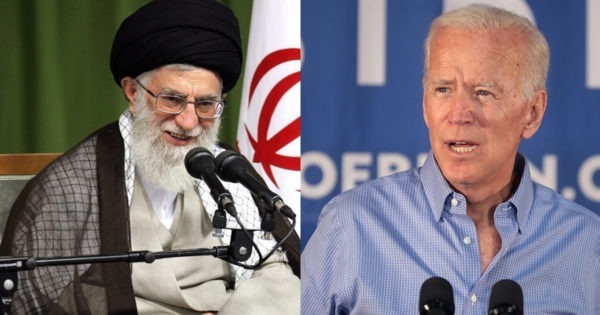 Only one day into Biden’s administration, the United States launched a fresh invasion into Syria with 40 trucks and armored vehicles, also only one day after Syria expressed hope that the Biden regime would continue President Donald Trump’s foreign policy that saw somewhat of a withdrawal from costly nation building.

At nearly the same time, China announced it now has the ability to manipulate the planet’s weather over a geographic region the size of India, which happens to be their nearest unfriendly neighbor. Days later, China flew fighters into Taiwan’s airspace, in an extremely hostile move. The Biden administration did nothing, with the media largely reporting that noted crack addict Hunter Biden urged his father to act with caution.

Before his inauguration, Biden was snubbed by nearly the whole of Europe, provoking even the pro-Democrat publication Politico to declare that “Europe gives Biden a one-finger salute.” In return, he snubbed Brussels, the seat of power for the European Union.

The Biden administration recently claimed that Iran is only “weeks” away from developing a nuclear missile, and said they will continue President Trump’s sanctions on the country until they are willing to return to the negotiating table.

JUST IN – Biden administration says Iran could now be 'weeks away' from having material to build a nuclear bomb.

Biden’s former boss, President Barack Obama, famously gave Iran billions of dollars in what is now called the Iran Deal, including pallets full of cash sent to Iran in the dead of night.

All of these facts together apparently led Sayyid Ali Khamenei, Iran’s Supreme Leader, who is allowed by Big Tech to remain on Twitter despite routinely calling for the deaths of Americans and Jews across the world, to declare, “The post-U.S. era has started.”

The post-U.S. era has started.