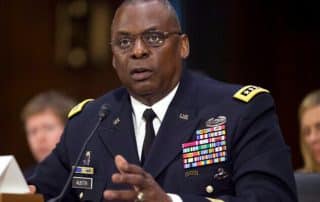 Defense Secretary Lloyd Austin has taken initial steps toward reasserting civilian control of the military, in a drive to energize a group that saw its power drain under the former president. In his first weeks in office, the new secretary has installed a slate of well-respected national security professionals in his front office who are […]