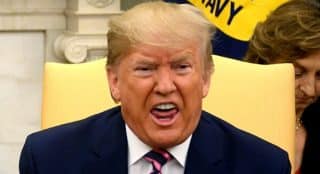 Raw Story: A former chef who worked at Donald Trump’s Washington, D.C., hotel revealed this week that Trump once got very jealous when he believed a dinner guest had been served a larger steak than the one he received. In an interview with Washingtonian, former BLT Prime executive chef Bill Williamson said the former president once complained […]