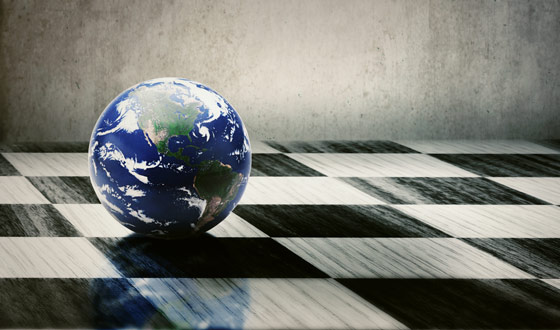 In domestic policy, a time-honored strategy for ramming through ill-considered legislation is to insist that it is better to do something than to just stand around doing nothing. Are “too few” people earning advanced degrees? Then we are told we must increase subsidies for college tuition. Will that solve the problem? Who knows? What’s important is that we did something.

This sort of thing is politically valuable, of course, because the new program and the new spending can be seen and measured.

The true costs of the program, however, are not seen. We can, for example, easily ignore the fact that subsidies tend to increase tuition levels, which in turn increase student-loan debt levels. Students then put off purchasing homes and starting families until later, in order to pay off debts. These realities impose costs on students. But they aren’t easily seen or measured.

Thus, the benefits of the program are showcased, while the costs remain hidden.

In the realm of foreign policy, and especially with humanitarian interventions, this problem is even worse, partly because the stakes are higher. The methods employed here, by now, are quite familiar. Advocates for humanitarian intervention repeatedly showcase real or assumed human rights abuses in a foreign country. It is then assumed that it will be a simple matter for the United States military to intervene to solve the problem — probably in a short amount of time. The costs of intervention, both financial and non-financial are assumed to be minor, at most. Thus, we are to conclude that it is better to do something than nothing. Those who insist on opposing humanitarian interventions are then portrayed as being motivated by a lack of empathy, or perhaps by outright hostility and cynicism.

The Rise of the Humanitarian Interventionism as a Favored Policy

For more than twenty years this narrative and method has grown in popularity and influence, as humanitarian interventions have become a more and more acceptable option for the United States in addressing global human rights issues.

Almost never are the true costs and uncertainties of these interventions addressed in detail in mass-media commentary and news coverage. The focus is on highlighting the benefits and necessity of intervention while ignoring the unintended consequences of these actions.

Moreover, ignoring these costs has become more urgent for advocates of intervention as ostensibly humanitarian intervention has become a larger cornerstone of US foreign policy. While these interventions began sporadically, Stephen Wertheim notes in the Journal of Genocide Research how after 1991,

humanitarian intervention become a central and insistent preoccupation in US discourse, routinely posited as a raison d’eˆtre of US global leadership. Only then was humanitarian intervention mainly imagined not as an emergency response to extraordinary episodes but rather as a permanent programme requiring special doctrines, which US and British leaders issued.1

As Wertheim notes, however, a problem with the debate has long been an assumption that human rights violations can be addressed with relative ease by large, wealthy states like the United States:

A dramatic shift began around 1998. It brought a new belligerence, confident that US troops would have ended Rwanda’s genocide easily and should stop any other. This view permeated the US foreign-policy establishment in 1999 and 2000, appearing in both government doctrines and popular commentary, among neoconservatives and humanitarian interventionists alike…

But were things really as simple as advocates assumed?

For Wertheim, the answer is “no,” continuing:

In real life, though, these costs and constraints are numerous. For example, there is always a “losing” side when interventions occur. Once the intervening force leaves, will the losing side engage in reprisals? If the intervention required bombing campaigns, who will pay for reconstruction of infrastructure? And, how long will an occupation force be necessary? What if counterinsurgency becomes necessary? How many locals will the interventionists be willing to kill in counterinsurgency battles in order to implement a “humanitarian” solution?

Nor are these questions matters of mere logistics and administrative resolve. Political constraints imposed on states by voting populations are very real. For example, the US invasion of Somalia at first appeared to be an easy sell to American voters. After 18 US soldiers were killed in the Battle of Magadishu, however, President Bill Clinton quickly removed the troops. It’s easy to win public support when interventions are short, and produce no casualties. But things don’t always go that way.

Indeed, such care is often taken to avoid casualties among occupying troops (in cases primarily justified on humanitarian grounds) that this causes other tactical problems. In the Kosovo intervention, for example, planes flew at an unusually high 15,000 feet to minimize danger to themselves. But this increased danger to civilians and severely limited the credibility of claims that the NATO coalition was engaging in “precision bombing.”

But the strategy nonetheless worked. The fact that the US and NATO were able to win capitulation from the Serbian government in the Kosovo intervention — even without risking a domestic political backlash — further strengthened calls for more openness to humanitarian interventions.

Second Thoughts Among Advocates for Interventionism

A decade after Rwanda, though, even many advocates for at least some use of humanitarian intervention were beginning to have second thoughts.

I have changed my mind in the sense that I did not imagine Bosnia, or, had it happened, Rwanda, would become a template for the messianic dream of remaking the world in either the image of American democracy or of the legal utopias of international human rights law.

In the wake of Afghanistan and the Iraq War, Rieff was more aware of the real costs of “fixing” foreign regimes that behaved in undesirable ways. Rieff also noted that many interventionists on the left continued to deny this reality.

For example, in her book A Problem from Hell, US Ambassador to the UN (under President Obama) Samantha Power laments that none of the Saddam-era persecutors of the Kurds “had been punished.” But Rieff responds:

Worryingly, the future of humanitarian intervention looks more like Iraq than it does like NATO’s Kosovo mission.

This isn’t to say Rieff opposes all humanitarian interventions. He still explicitly thinks Western states should intervene in cases like the Rwandan Genocide. But, as Rieff states, his position is

…the polar opposite of [neoconservative Robert] Kagan. I believe we should lean away from war, lean as far as possible without actually falling over into pacifism. Of course there are just wars … [b]ut I would insist that there are not many just wars, and that the endless wars of altruism posited by so many human rights activists … or the endless wars of liberation (as they see it) proposed by American neoconservatives — Iraq was supposed to be only the first such step — can only lead to disaster.

The realities of Iraq remain a problem for humanitarian interventionists. While the war was initially justified only partly as a humanitarian effort of liberation, it is now justified almost wholly on the grounds of humanitarianism. Only the most obtuse policymakers and pundits still insist (wrongly) that Saddam Hussein’s regime was any threat to the United States, or was involved in the terrorist attacks of 9/11. Today, Iraq is justified almost entirely as a humanitarian war of liberation. The invasion of Afghanistan followed a similar pattern. Americans were told the invasion would liberate women from Islamist oppression just as much as invasion would bring terrorists to heel.

The costs of occupation, however, have been immense in terms of Iraqi (and Afghani) life and health, and US casualties (at least relative to other humanitarian efforts).

In his 2005 book The Dark Sides of Virtue, historian David Kennedy explores the real record of humanitarian interventions, and the habit of overstating its benefits, noting:

As with humanitarian activism … it is easy to overstate the humanist potential of international policy making. Many of the difficulties  encountered with human rights activism arise equally in humanitarian policy-making campaigns. Policymakers can also overlook the dark sides of their work and treat initiatives which take a familiar humanitarian form as likely to have a humanitarian effect. It is always tempting to think some global humanitarian effort has got to be better than none. Like activists, policymakers can mistake their good intentions for humanitarian results or enchant their tools — using a humanitarian vocabulary can itself seem like a humanitarian strategy. … It is all too easy to forget that saying “I’m from the United Nations and I’ve come to help you,” may not sound promising at all.

In other words, don’t confuse the visible government programs with the actual costs and benefits.

One answer, Kennedy concludes, is to stop assuming rosy, best-case scenario outcomes, to acknowledge the many unknown and unpredictable variables, and to

develop a new posture or character for international humanitarianism — informed by the vertiginous experience of disenchantment, of seeing that one is responsible and yet does not already know.

Nine Issues for Policymakers to Contemplate

In light of seventeen years of non-stop war since 9/11 — with most of it conducted in the name of national liberation and humanitarian intervention — policymakers would benefit from far more rigor when it comes to evaluating the true costs of intervention.

In his review essay “The Limits of Intervention — Humanitarian or Otherwise,” J. Peter Pham of the Atlantic Council presents a list of problems that policymakers need to address when advocating for foreign intervention:

We might also add to Pham’s list the problems that interventions pose in terms of of further crippling international respect for national sovereignty and its potential for further enhancing the power of hegemons at the expense of smaller states.

Within the target country, though,the problems remain ones in which entire economic and political systems are thrown into disarray. This can lead to human rights abuses of their own as formerly out-of-power groups assert their newfound power. All the while, economic recovery may elude the newly “liberated” population for many years. An end result may be no net overall advantage for the population as a whole.

Any debate over suggested new interventions, whether among voters or alleged policy experts, must present convincing information and arguments suggesting all these issues can be addressed with the resources and time that advocates claim is necessary. The burden of proof is on the advocates for intervention, and if they cannot bring sufficient rigor to the debate to account for all these issues, intervention ought to be emphatically disregarded.

Moreover, evaluating success, even after the fact, will remain an impossible task. Even when interventions appear to be a success, we are left with what is essentially a major economic calculation problem. Foreign policy tends to be examined in broad aggregates, with description of entire national populations — or certain factions —  as if all members of these groups shared roughly similar goals and outcomes as intervention progresses. This, is, of course, no more true in foreign policy than in domestic policy where it is impossible for governments to plan, regulate, and measure outcomes for individual persons or households. In the end, we’re left dealing with little more than an immense top-down effort of nationwide central planning. Evaluating outcomes outside enormous aggregated averages will be impossible. Consequently, the true costs to individuals are likely to remain hidden forever.

As it is now, however, those who are currently advocating for new interventions in Syria and Venezuela appear to have little interest in confronting the real costs of intervention. They see the political advantages of saying they “did something,” even if those things will turn out to be disastrous.

Ryan McMaken (@ryanmcmaken) is a senior editor at the Mises Institute. Send him your article submissions for Mises Wire and The Austrian, but read article guidelines first. Ryan has degrees in economics and political science from the University of Colorado, and was the economist for the Colorado Division of Housing from 2009 to 2014. He is the author of Commie Cowboys: The Bourgeoisie and the Nation-State in the Western Genre.